It is the end of the year, actually it is the very last day of 2016 and, just like almost everybody else, I am also thinking about what we have done and what could’ve been done. More than anything else, we are looking back and counting the so many blessing God poured upon us and upon the ministry in Malawi.

This 2016 brought a new growth for Hope for the Future, actually I believe the ministry grew more than ever before. We expanded into new areas, we reached more people than ever before and none of this could have been possible without God and without you, who faithfully support the ministry in prayer and financially. Thank you so much!

Although it is very hard to shorten a whole year of activities, below I included just 1 picture from every month, picture that represents part of the work for that month. May that, though this post, our God should be glorified! In January we delivered the last shipment of corn for the people of Muheriwa. Their crops were washed away two years before and then dried out one year before. They were starting and, without this help, many would’ve died for sure. In this month we have also started drilling a water well for the same people, since there is no clean water anywhere. Friends of ours from Zomba went to South Africa to get our minibus. 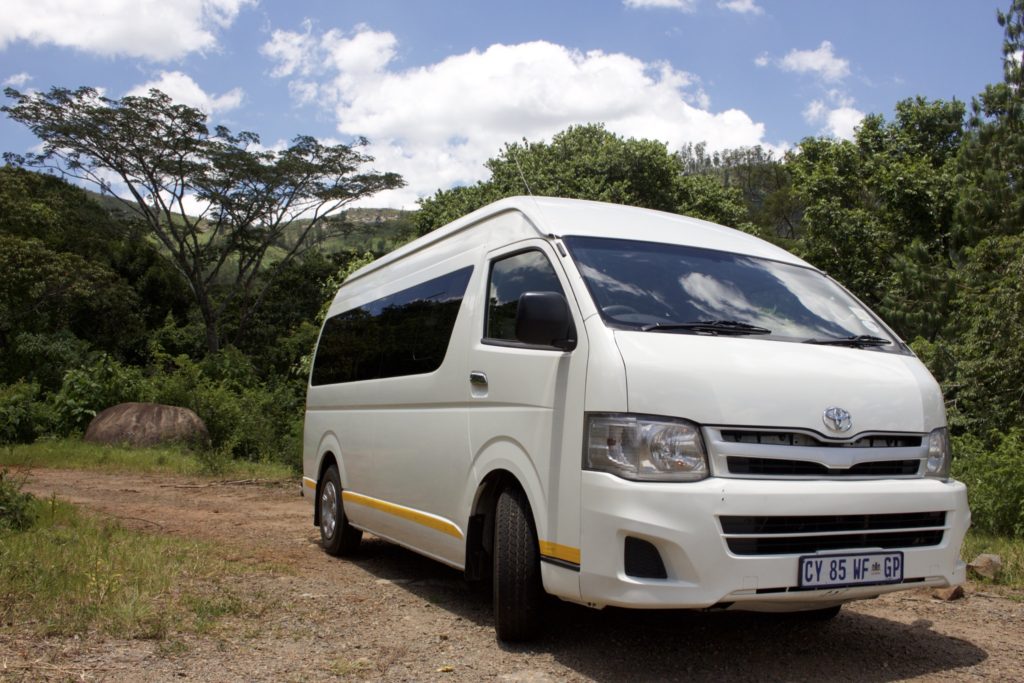 The much needed minibus for the ministry

February started with our new minibus arriving from South Africa. After a week or so of running around and doing all the paperwork, we finally had it in our name. In the meantime, the drilling in Muheriwa yielded no results, so the second drilling started. In Kachere and Mpyupyu, we visited all the orphan children, noting the needs they have at home and ways we could help in that way, also. In the same month, we started the work on the Bible Seminary, here in Zomba. 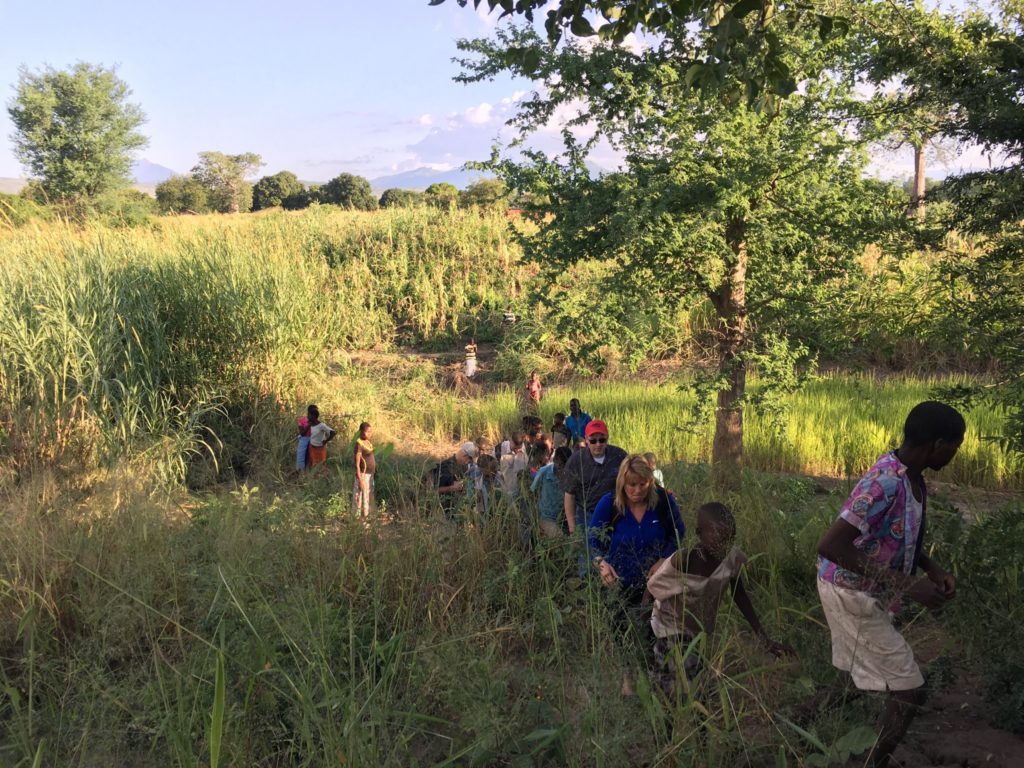 Visitors from GA, walking through the African bush

Beginning of March brought a 3rd attempt to find water in Muheriwa. The borehole found water, but not enough for the entire village. As a result from February’s visit, we have now taken some help to the homes where the orphans are coming from, clothes, candles, non-perishable food and so on. In Zomba, we have just finished pouring the foundation for the Bible Seminary and had received the first team of visitors for this year. With them, we visited the poor and organized Evangelistic Camps in different villages around Zomba and the yearly Pastors’ Conference. 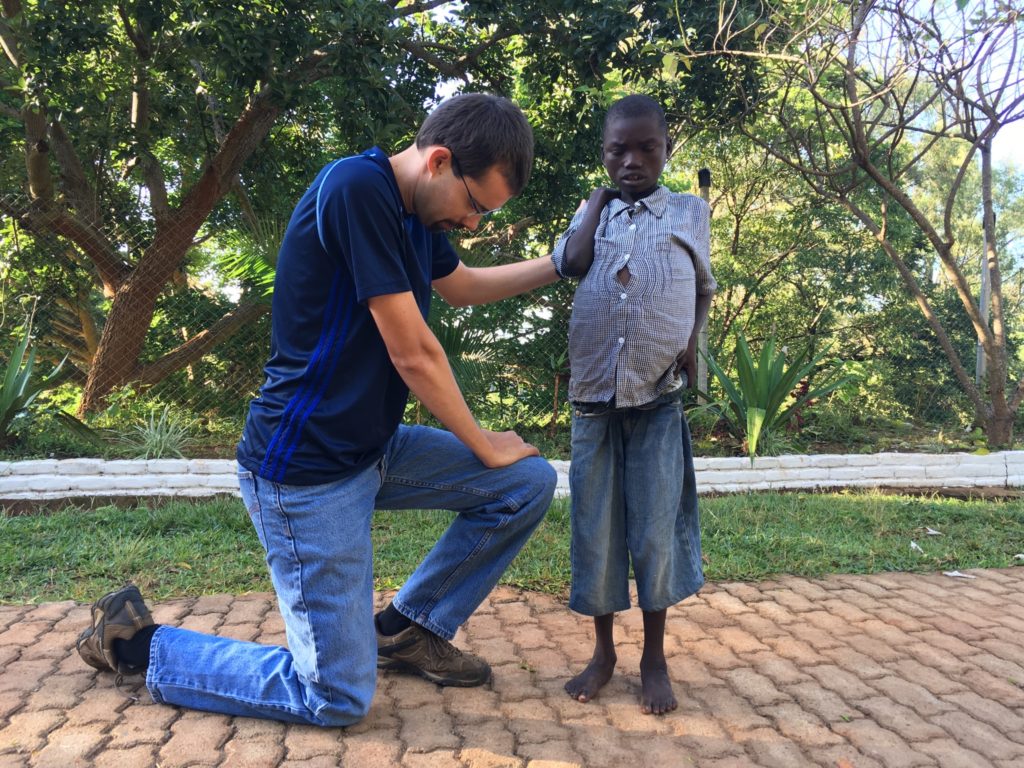 Siyeni, the boy his entire village gave up on

During one of the camps with the team from GA, the villagers brought to us Siyeni, a boy who everyone thought will die soon. In April we took him to the hospital and, quite literally, saved his life. With our visitors we continued the ministry, organizing the very first Sports Camp, here at the mission house. Towards the end of the month, we hosted another team from the same church, who came to raise the walls of the Bible Seminary. 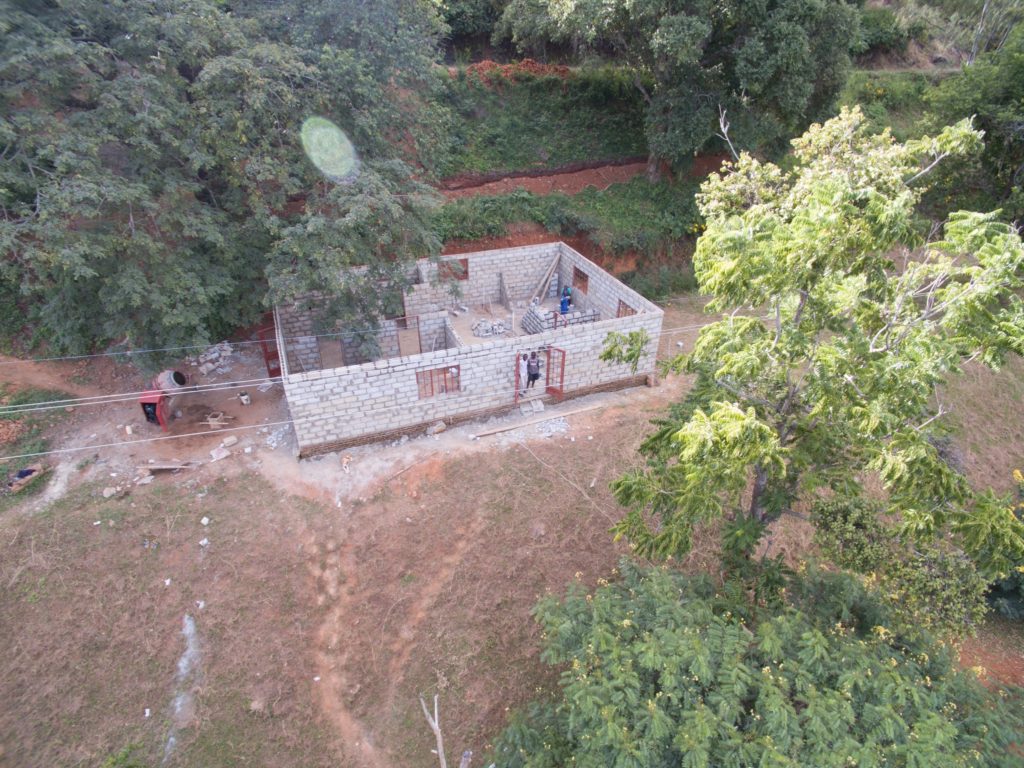 Hope for the Future Bible Seminary

In May we hosted the 3rd team of visitors, this time coming from the state of OK. With them, we organized a few more Evangelistic Camps and we visited the orphan children in Kachere, providing some necessary help. It was then when the thought of starting a Primary School came in the minds of the 4 teenagers. They saw the need and took the vision back home. 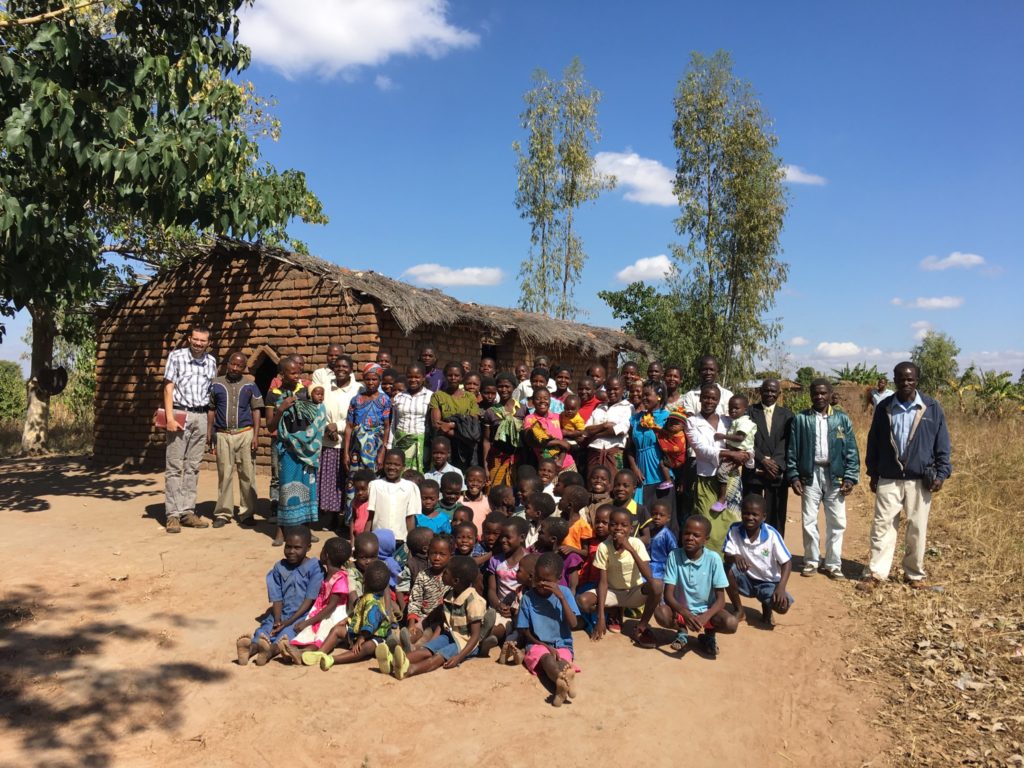 In June, the team from OK bought blankets and bed items for the orphans. Back in Zomba, we just started meeting with all the pastors, ministry that we now continue on a month by month basis. It was this month when we also started working with the beautiful people of Chamba. 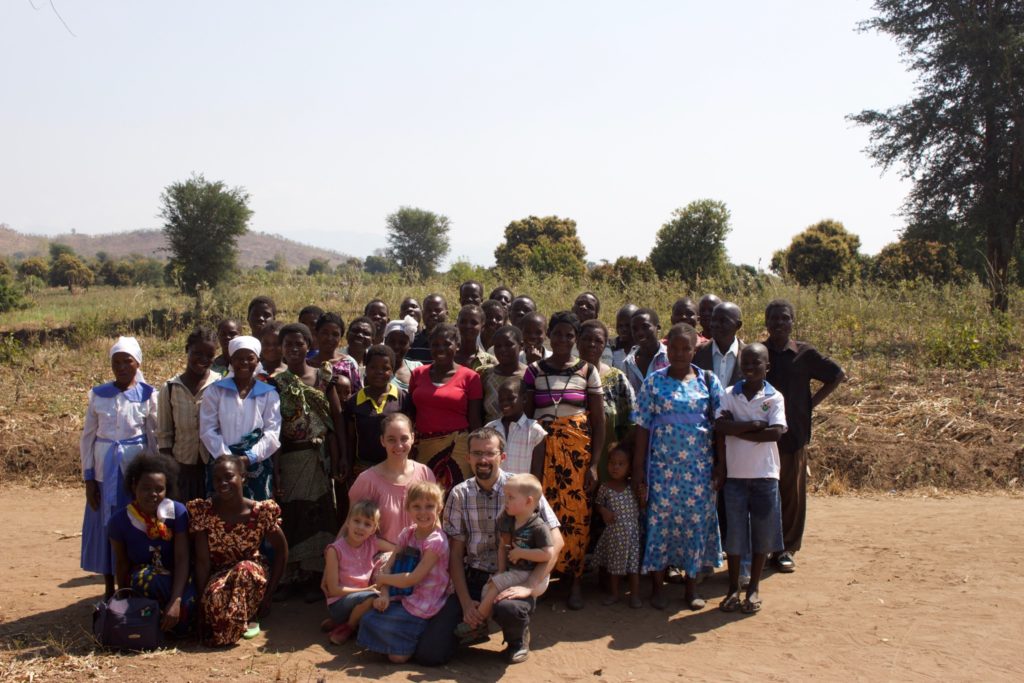 Group picture after a baptism

July brought to us a wonderful way to serve the people, while obeying the Great Commission. We had two baptisms, one in Kachere and one in Chamba. 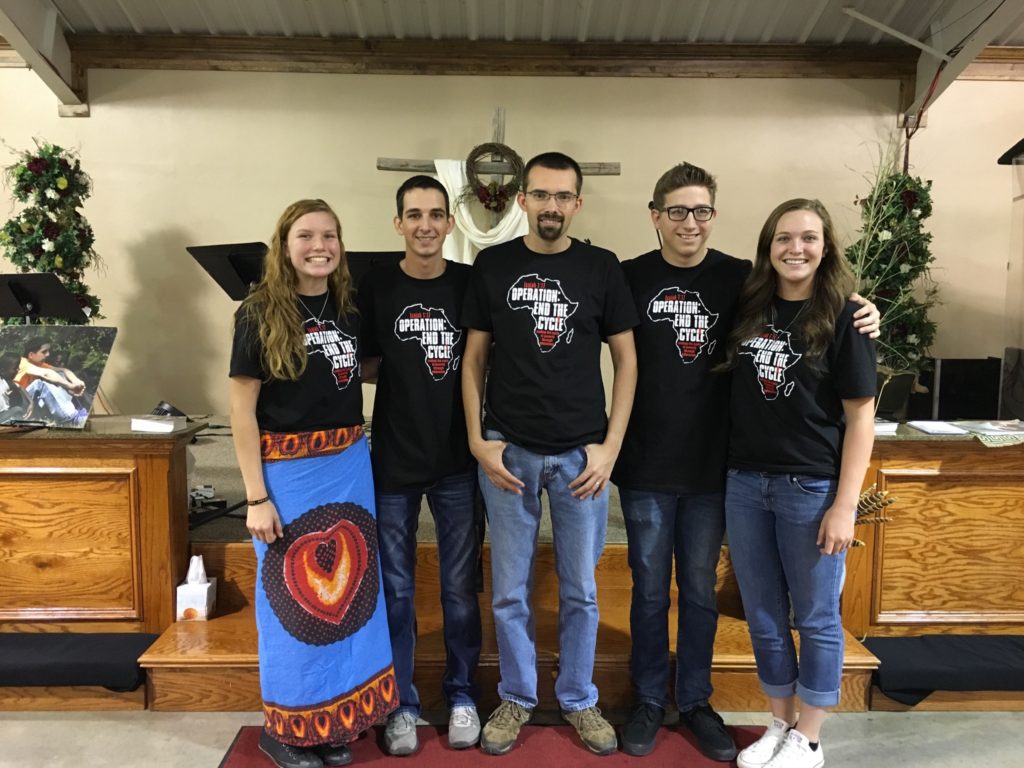 Operation: End of Cycle of Poverty

In August the Lord opened the door for me to visit the great USA again. I had the honor and privilege to share what the Lord is doing here with many churches and individuals. In the meantime, in Malawi, Stanley continued to take corn for the people in Muheriwa, providing the vital help for a hungry people. 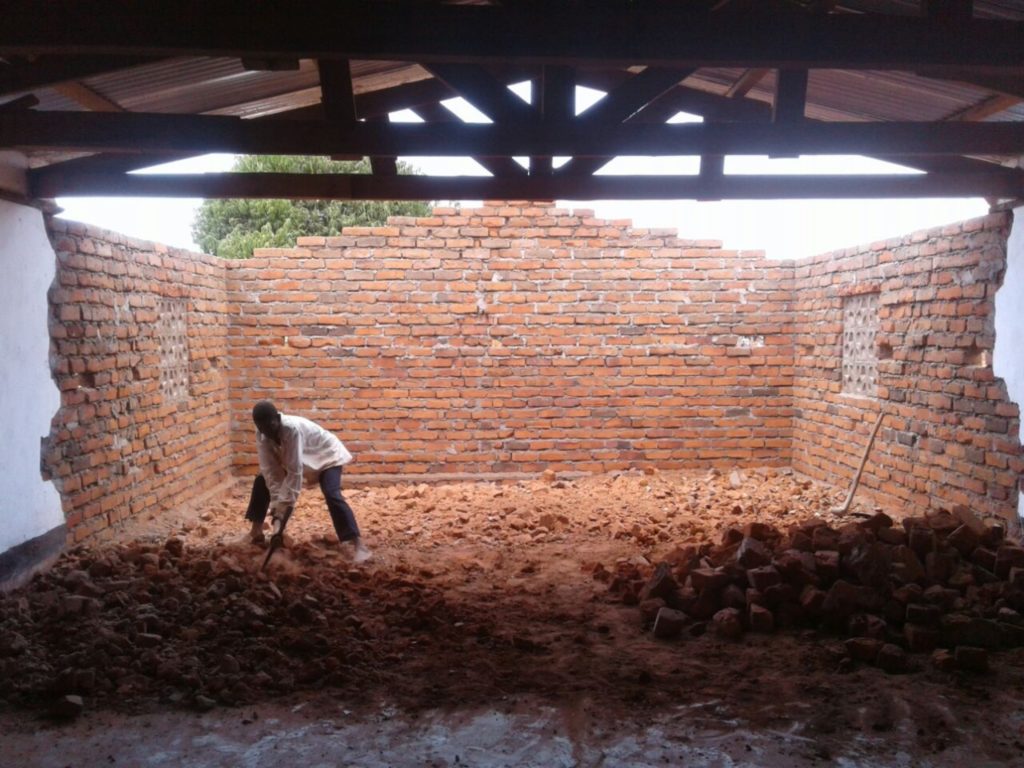 Mr. Chigwenembe working at the church

After my returning from the US, we continued to work full-force. First of all, we delivered yet another transport of corn to the people in Muheriwa, while surveying the possibility of drilling the 4th well. We will now use a bigger rig, so that we can reach deeper for water. Having all the money raised for the Primary School, we started sorting out the land, paperwork and then had the official groundbreaking ceremony. Hope Baptist Church in Kachere has been growing for years, and the need arose for the building to be expanded. In Zomba, the work on the Bible Seminary continued, and we had just put the roof on. Hope for the Future also bought a 2-tonnes for all the work. Towards the end of the month, our family took a short, 4-day vacation, to Lake Malawi. 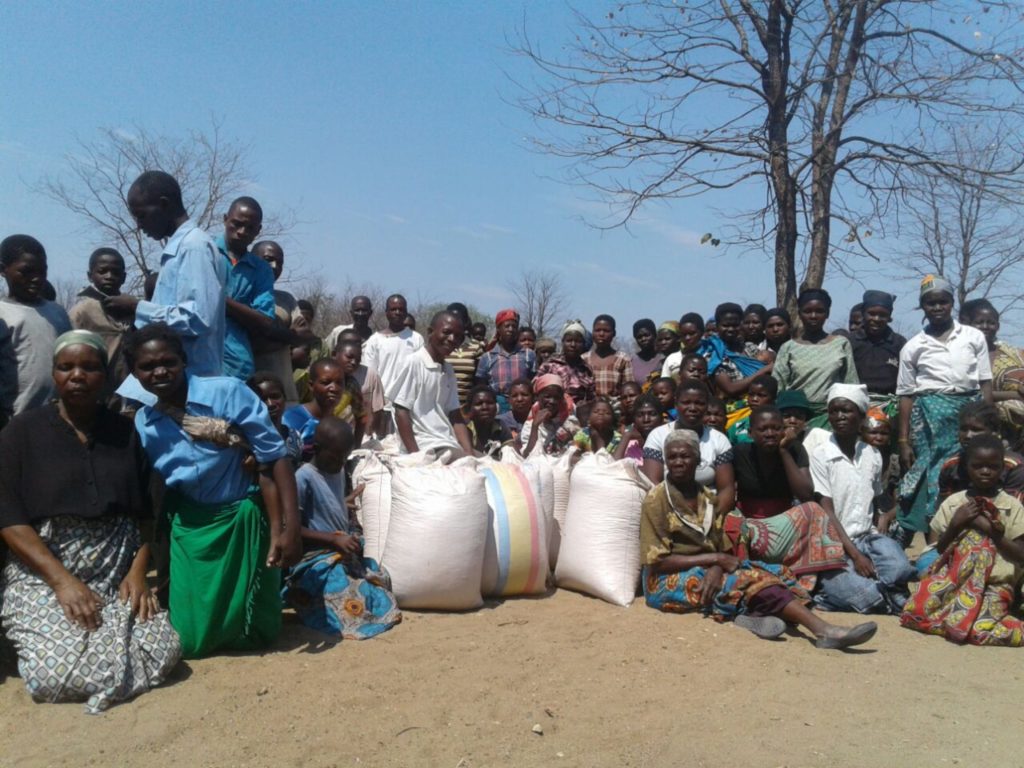 While building and working in Zomba and around Malawi, we could never forget about the poor among us, so the help for the people in Muheriwa continued. In Kachere, the buildings for the Primary School were raised, and the roof was put on one of them. 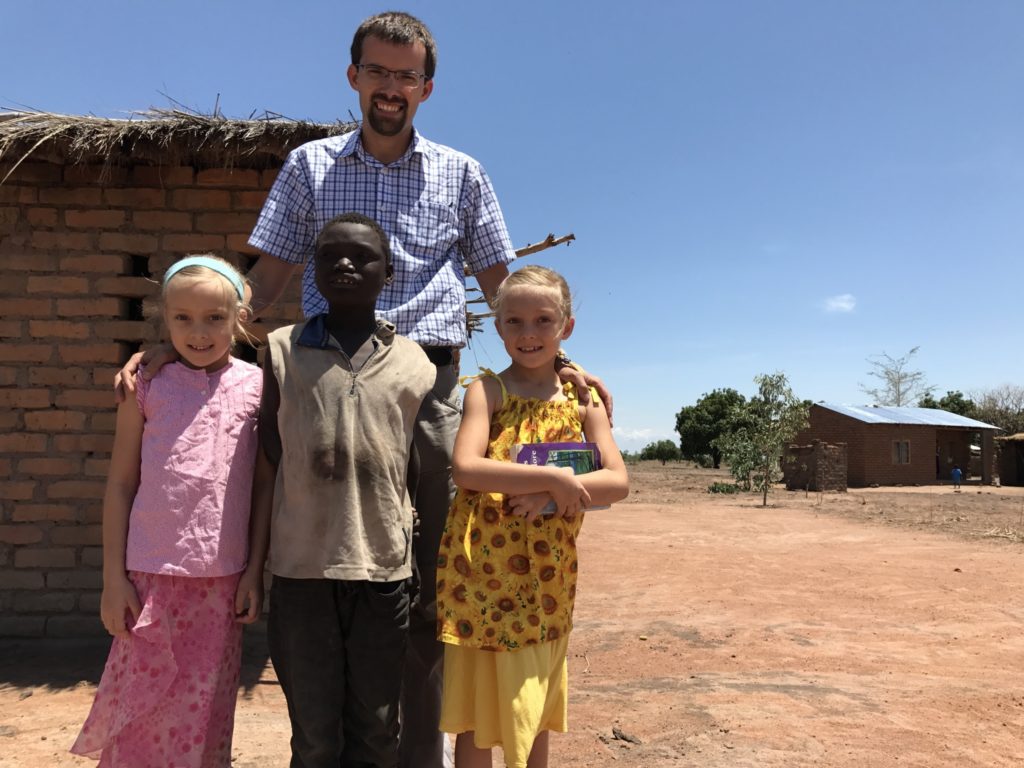 The most important work is the people and the most important investment is in their souls. November allowed us to build a new church and visit many more. In Kachere, the roof was now installed on both buildings and the work shifted to the teachers’ offices. 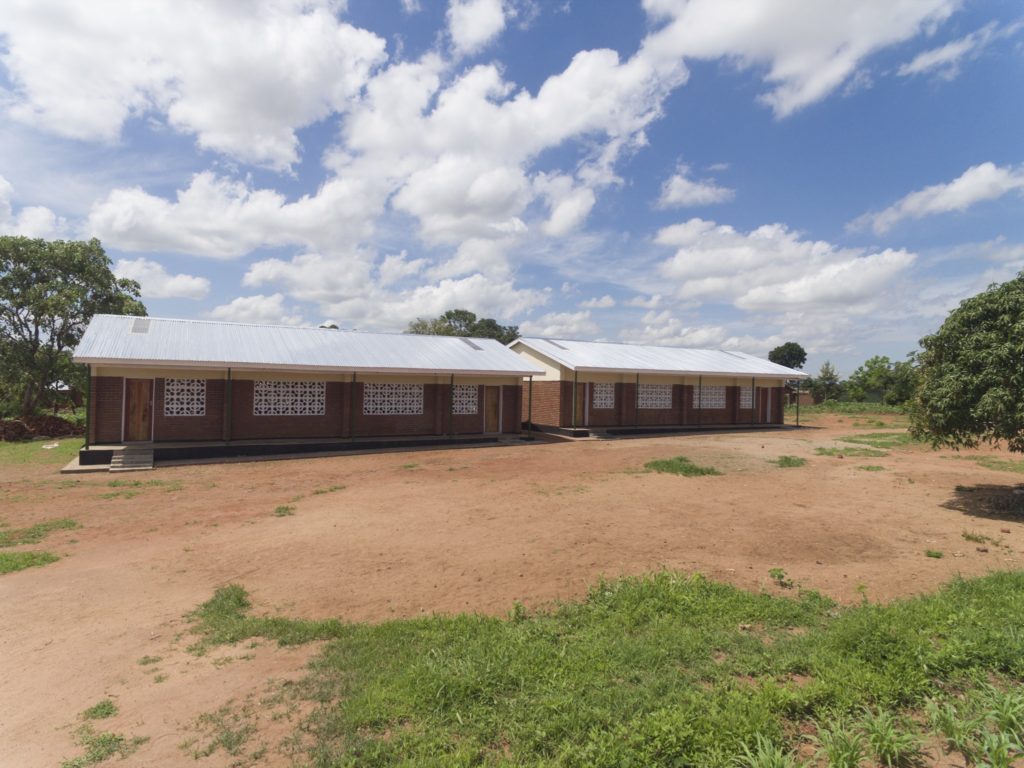 Hope for the Future Elementary

December brought the completion of the work in Kachere and the Official Opening and Dedication of the School. Roxana, our new intern, arrived to help us in the work. Together with many of you, we bought substantial gifts for all the orphans in Kachere and Mpyupyu.

Between the Bible clubs, evangelistic camps, sports camp, feeding centres, churches, pastors’ meetings, pastors’ conferences, Bible seminary, primary school, helping the poor, visiting the orphans, hosting guests, sharing the ministry, flying to the US, drilling wells and so much more plus raising a family, our hands here are full. Is there more to be done? YES! Can we do more? Humanly speaking, we don’t know, but if God says GO, we will!!! Do we need your help? YOU BET!

There could be more to write, more details to share and more experiences to mention, but my time and your patience are limited. I have exactly 30 minutes to get ready for the family vacation in a National Park. Yes, 2017 will find us among the animals of Malawi, enjoying the wonderful creation and glorifying the Amazing Creator.

A lot has to be done in 2017 and we invited you to pray with us and, if you can, be a part of it! Help us serve in Malawi and invest in the Malawian people. This investment has eternal rewards!

Thank you to every one of you for everything! God knows what you have done! 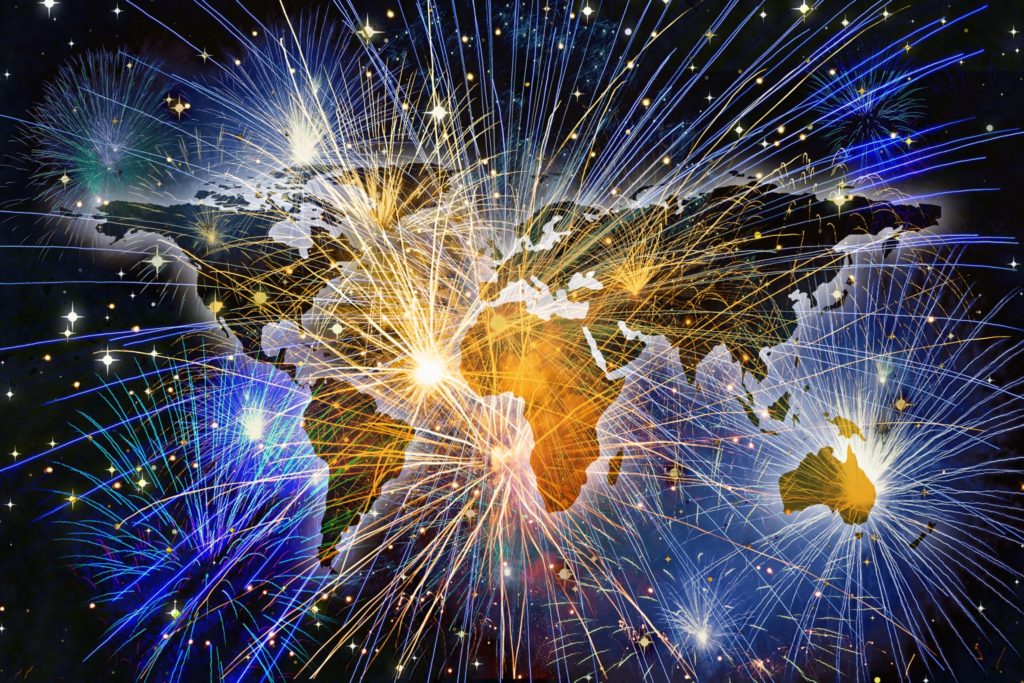