Malawi is one of the poorest countries in the world, with 53% of the population living below the national poverty line and 90% of whom are living on less than $2 per day.  The large majority of the population lives in rural areas, engaged in subsistence farming. People here depend almost solely on the sunshine and the rains and in the recent years we have seen how changes in the weather have affected the crops.

Though February is right in the middle of the rainy season, we see how many areas in Malawi have not received enough rains and, sadly, this means those people will not be able to cultivate their staple food: maize. According to the government of Malawi, 1,9 million families face the imminent hunger season which, this year, will start much earlier than ever before.

It is estimated that over 645,000 hectares of crops will be lost this year due to the prolonger dry spells and the army-worms attacks. In the most affected districts, almost 40% of the maize production will be lost. Worst hit districts are Balaka, Chiradzulu, Machinga, Mangochi, Mulanje, Phalombe, Mwanza, Neno, Chikwawa, Nsanje, Thyolo, Zomba, Dowa, Dedza, Kasungu, Ntcheu, Salima and some parts of Lilongwe. I have underlined those places where we have churches.

These depressing figures call us for a response in order to save the people we work with and protect their future. Hope for the Future has invested a lot of time, energy and resources in building a large and successful ministry and food crisis like this one has the potential to jeopardize our progress. Our work is among the poorest of the poor here in Malawi and it is our duty to step in when a national crisis arrises. 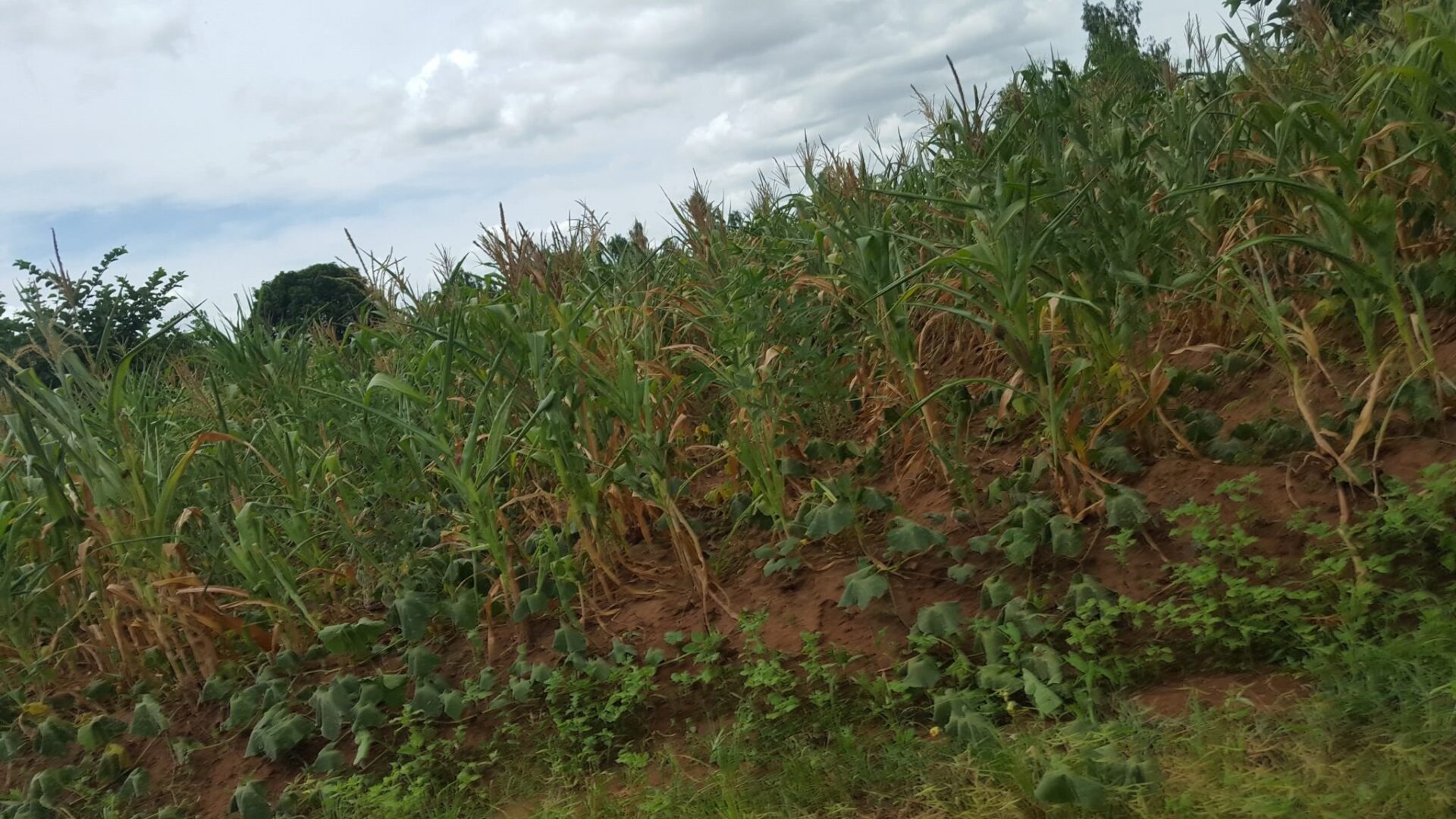 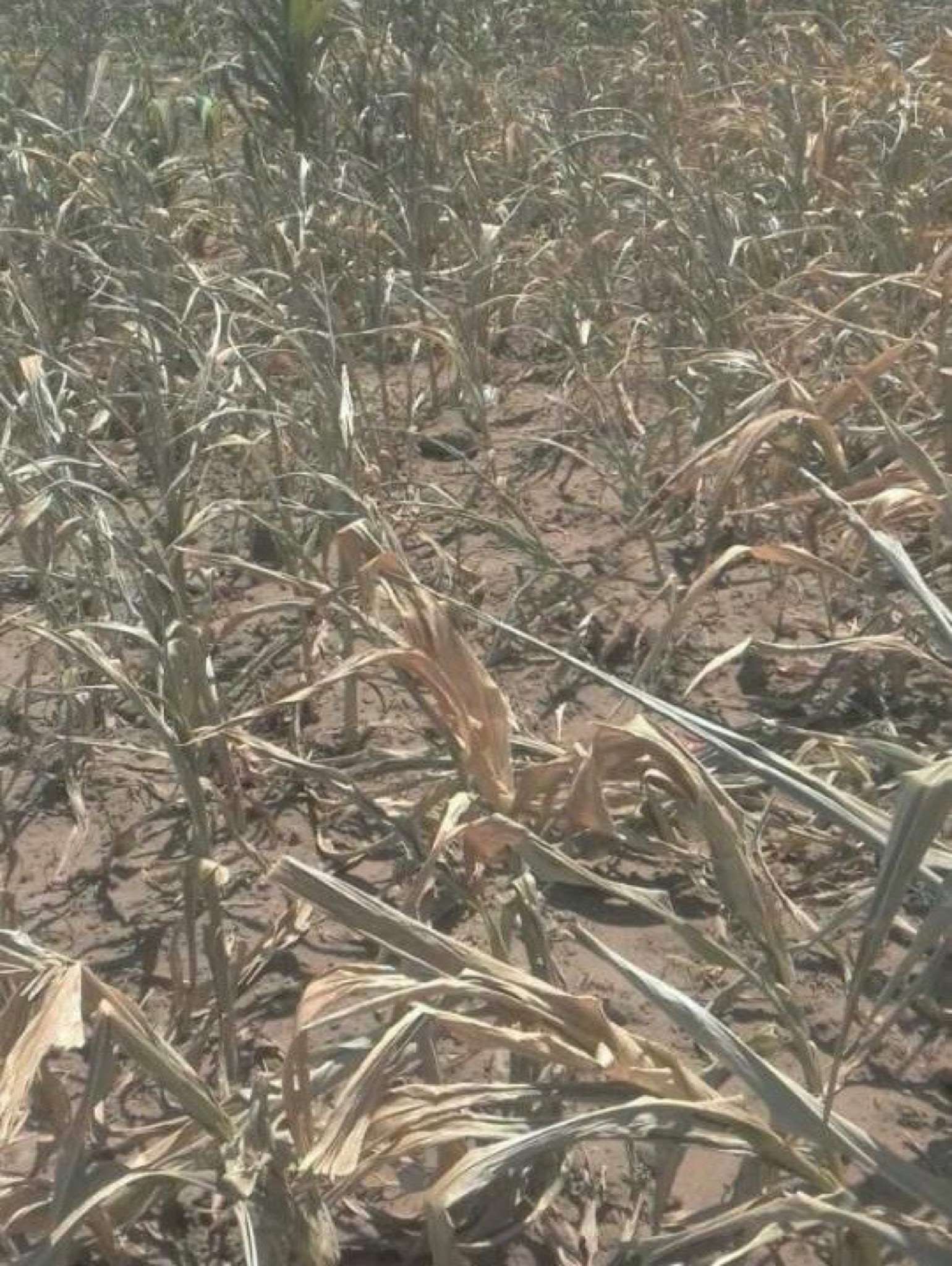 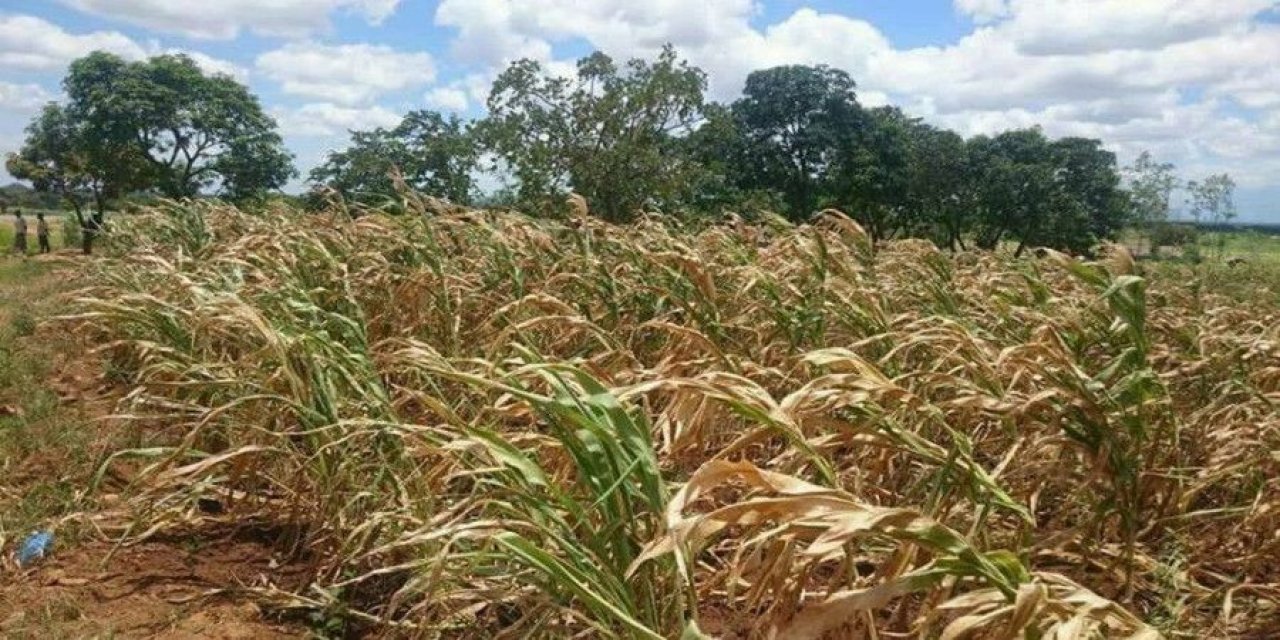 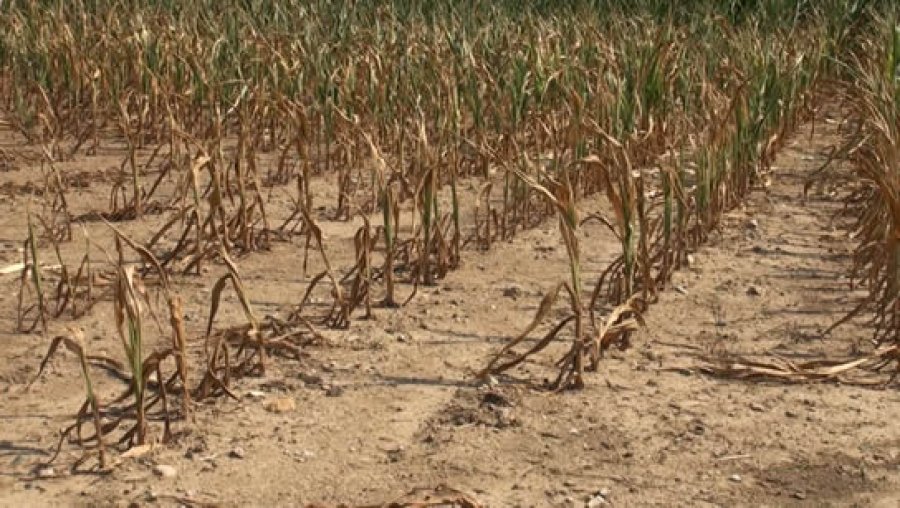 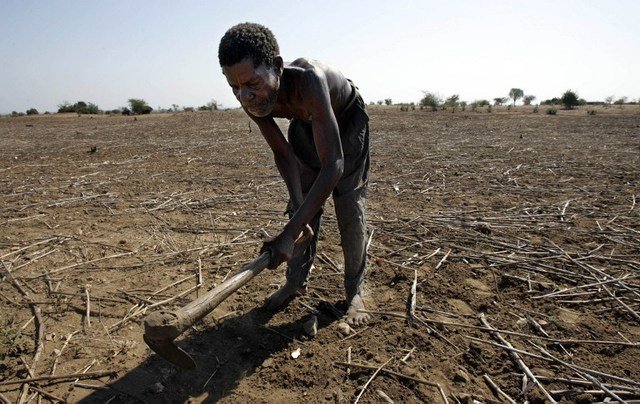 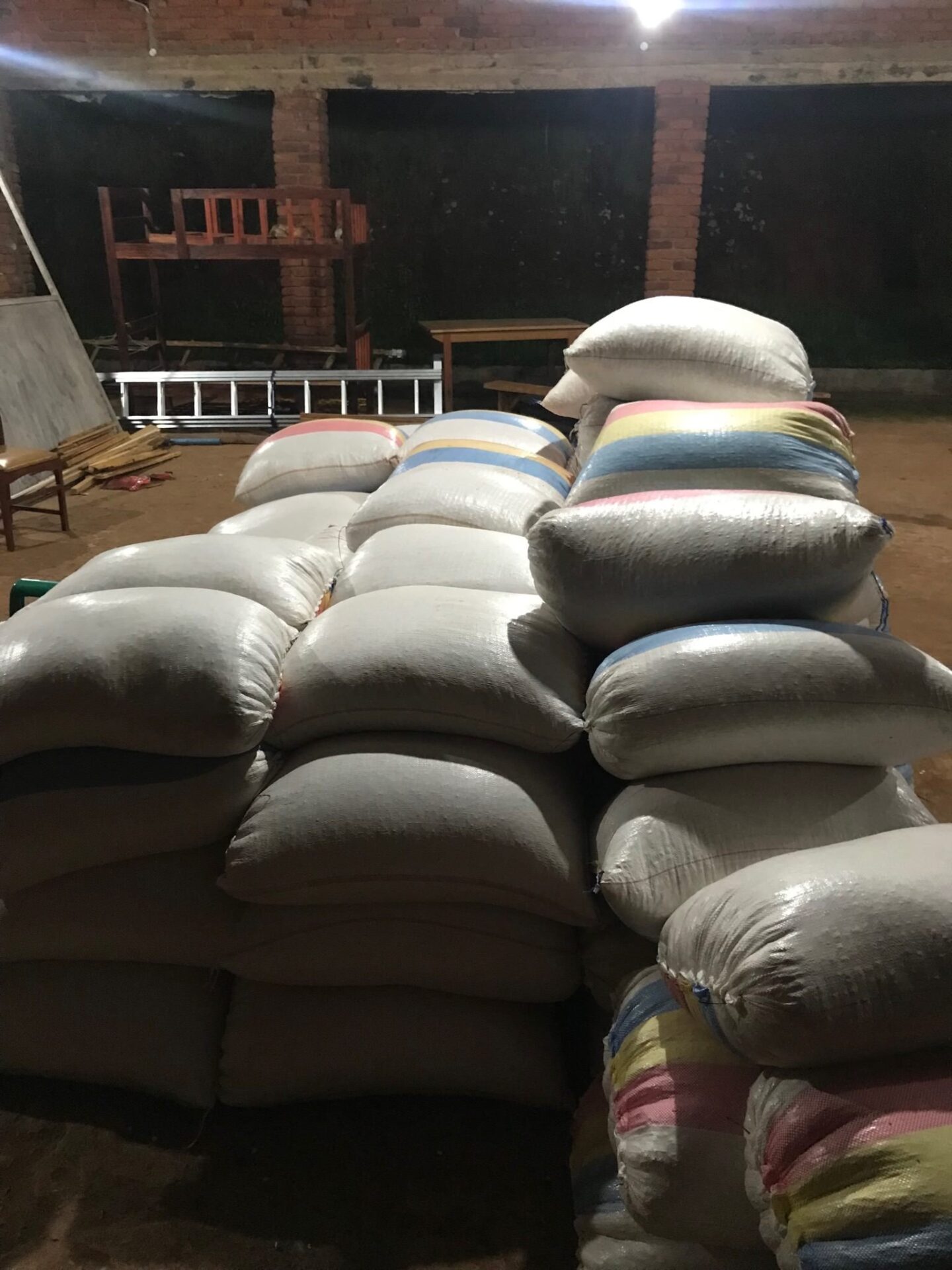 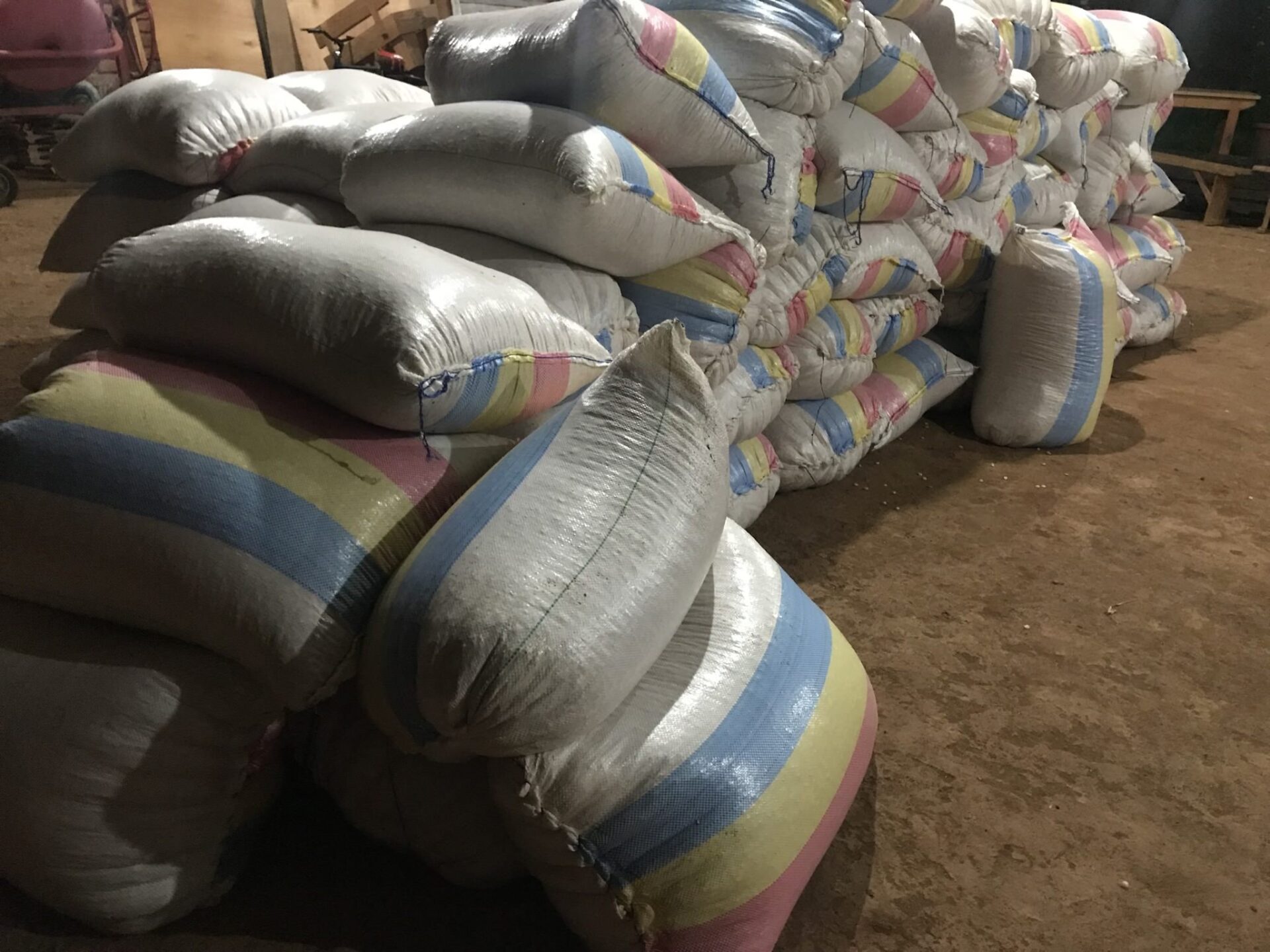 Malnourishment, disease and death, especially in the case of children, as well as an increase of the number of orphans. Starving people begin to eat unsafe roots, maize cobs, sawdust, and boiled fruits and can contract food poisoning and other stomach illnesses. A report done a couple years ago found that many families in Nsanje, a southern district in Malawi, were eating water-lily bulbs called nyika. These bulbs, which used to be considered snack foods but are now staple foods, cause diarrhea if eaten in abundance. In one instance, the eldest son of a family of ten found a collection of poisonous yams. The father gave the children and mother the yams to eat because they had no other food; he did not eat the yams himself because he prioritized his children’s hunger and his wife’s hunger over his own. The mother and all eight children died, one after another, due to vomiting and food poisoning.

Family instabilities as people change their lifestyles in order to obtain food. Men will try finding casual jobs, sometimes migrating away from home and never to return. Many households will have to sell items and livestock at very low prices, making it very difficult for them to regain the little stability they had.

Education is also affected as hungry children drop out of school in rates higher than 25%. Others skip school in order to work, search for food or even beg. In the worst hit areas, up to 3/4 of the children will stop going to school.

Social order will be worsening, as people will start stealing from neighbors, abandoning children, fight for food and exchange sex for food. When thieves are caught, many times they are tortured or even killed. The elderly, orphans and widows are most vulnerable, not only because it is difficult for them to provide for themselves, but also because they are bigger targets for theft and violence. Many girls will be forced to marry young because their families will not be able to support them. This will lead to an increase in divorces and abusive marriages. Married men and women can turn to infidelity to earn money or food, again leading to divorces and abusive marriages.

Hunger today is starving Malawi of its tomorrow, and we are committed to do everything in our power to avert some of the consequences of this upcoming food shortage, at least in the areas where we are invested. We have put together a short-term solution that needs to be addressed straight away but also a long-term solution which will hopefully help avoid future food crisis. We like to dream big because we serve a big God.

Short-term, we need to purchase food while the prices are still fairly low. As the food becomes more scarce, the few that have it will sell it at a higher price. From our savings we have already purchased 100 bags of maize, or 5 metric tonnes. We are asking individuals or churches to help us purchase more. The food shortage will most likely start in October this year and will last until the next harvest, April 2019, or a total of 6 months. A family needs 1 bag per month to survive. Although we have many churches in the worst hit areas and the task may seem large, slowly and with the help of one another, we can be a part of something big and important.

Currently, one bag of maize costs $15.

Long-term, we are planning to help people develop better farming practices. This is not something I know, but it is something I must learn so that I can help others. We are looking into a Gospel-centered method called “Farming God’s Way”, which aims to strengthen and extend the kingdom of God with an emphasis on sustainable agriculture. It is a model to transform lives of individuals, communities and nations. Its two biblical foundations are: stewardship and giving. Stewardship in connection with the land – as the first thing that God gave Adam – and giving in connection to honoring God but also investing in the land rather than just taking from it.

Moreover, as Malawi is experiencing more and more draught, we are considering importing a variant of corn called “Hopi Blue Corn”, which is very draught-tolerant and requires little to no fertilizer. Hopi Blue Corn is a high-yield crop developed by the American Indians centuries ago.

If you are in the US, Pastor Keith of First Baptist Church, Jackson, GA already knows about this project and his church will graciously help us collect all the money. He will lead a team in April when he will visit us, so he will either bring the money with them or transfer it if it is a larger amount. Sending your cheque to the church is the preferred option as we will not loose anything in fees.

Alternatively, should you want to send via online, you can use our PayPal address or the form below. We ask you to consider the bank fees so that your donation for 1, 10 or more bags may help us purchase the same. $20/bag will be preferred for online donations.

We will appreciate a lot your prayers for us and the ministry in Malawi. We need strength and wisdom as we are trying to do what is best for the people, in a manner that glorifies God. Pray for the funds to be raised and pray for the people to accept new methods of farming. Just like everywhere on earth, people find comfort in the things that are constant in their lives and change is not always welcomed, even if it is for the better.

Should you require more information about us, this project or the ministry in Malawi, feel free to contact us or Pastor Keith at 770-775-3102.